Are the Bereaved at a Higher Risk for Suicide?

On an annual basis, approximately 2.5 million people die in the United States. Of those numbers, four people are directly affected by the loss of a single individual—obviously that number will vary depending on the age of the person, the size of their family, and other interpersonal relationships. For the majority of people the grief they experience is finite—it’s of course painful and lasting, but not so that they are not able to get out of bed two or even twenty years down the road.

The latter part of that statement is actually a reality for 15 percent of the bereaved population. That’s more than one million people per year who experience what is called complicated grief by members of the medical community. However, this is also a condition that is slow to diagnose—and when a diagnosis does occur the individual in question is usually already far removed from the rest of humanity.

Complicated Grief Can Be Deadly

The chief symptom of the condition is an intense yearning for a lost loved one that is so overwhelming that it strips the sufferer from their other desires and their interest in life. Other symptoms include experiencing intrusive thoughts about death; uncontrollable bouts of sadness; guilt and other negative emotions; and a preoccupation with, or avoidance of, anything that is associated with the loss at hand.

With all of this being said, the issue with the diagnosis of complicated grief becomes problematic—as it typically only occurs six months after a sufferer has experienced a loss. Couple this with the fact that a person who has experienced a loss is at risk for higher behaviors and health issues—and that’s where we have a problem.

Complicated grief has been linked to many deadly behaviors and risks, among them higher rates of alcoholism and drug abuse, cancer, and suicide. Consider the following statistics:

 The risk for a heart attack in males and trebling for females is doubled in the week following the death of a loved one.

 Someone who has lost a spouse has a 242% higher suicide rate that their non-grieving counterpart in the first three months after a loss.

 Someone who has lost a spouse or loved one is 153% more likely to be involved in a serious or fatal auto accident in the first month after a loss.

Ultimately, these statistics show that an individual who has experienced loss is most at-risk in the first three months after an incident. So how can complicated grief be identified sooner rather than later?

Supporting Someone Who Exhibits Signs of Complicated Grief

In order to support a friend or loved one who is experiencing a hard time or who might be at risk for dealing with complicated grief, it’s necessary for you to educate yourself about this condition and understand that someone who has this is not “wallowing in grief” but rather struggling with symptoms that they are unable to control.

No matter if the loss occurred recently or a year ago—to the sufferer, they relive the loss constantly. It always feels like it just happened.

Realize that right now, your loved one needs you around. A person who suffers from complicated grief may be especially sensitive to the idea that they have been abandoned—and this might be a recurring fear for them. Even though they may show signs that they “just want to be left alone,” it’s a good idea to make sure you stay visible. The last thing this person needs is to be shut off from their life or left to their own devices. Remember, the hours of the day are likely very long for them.

Another tip to implement, welcome the opportunity to talk about the person who died. Someone who is experiencing complicated grief will appreciate this. Let the person talk, cry, laugh, think out loud.

Unfortunately, in our society there is this idea that after a certain period of time, a person who is deceased is less important or it’s time to move on from talking about them. For a grieving person, this can be counterproductive. They should be encouraged to talk instead of keeping their thoughts bottled up in their own head.

Finally, stay very aware of potentially life threatening behaviors or conditions. Alcohol and drug abuse should be discouraged as it can lead to other at-risk behaviors such as drunk driving or operating a vehicle under the influence, as well as overdose and other bodily trauma.

Don’t let comments about feeling “worthless” or that “life isn’t worth living” fall on deaf ears—if you are worried about your friend or loved one harming themselves, it’s time to get help right now—do not wait or chalk this off to “being dramatic.” Contact a certified health professional or grief counselor for assistance.

Ultimately, until the medical community realizes that there is a group of bereaved people who are suffering from something entirely different from depression or other clinical disorders, it is up to us, as caregivers, to remain aware of this condition.

For more help on how to handle complicated grief in yourself or a loved one, contact me today by visiting www.BLTStrategies.com.

Add your email below to receive the latest news, tips, and information from BLT STRATEGIES.

Thanks for submitting!
Sorry, we were not able to submit the form. Please review the errors and try again. 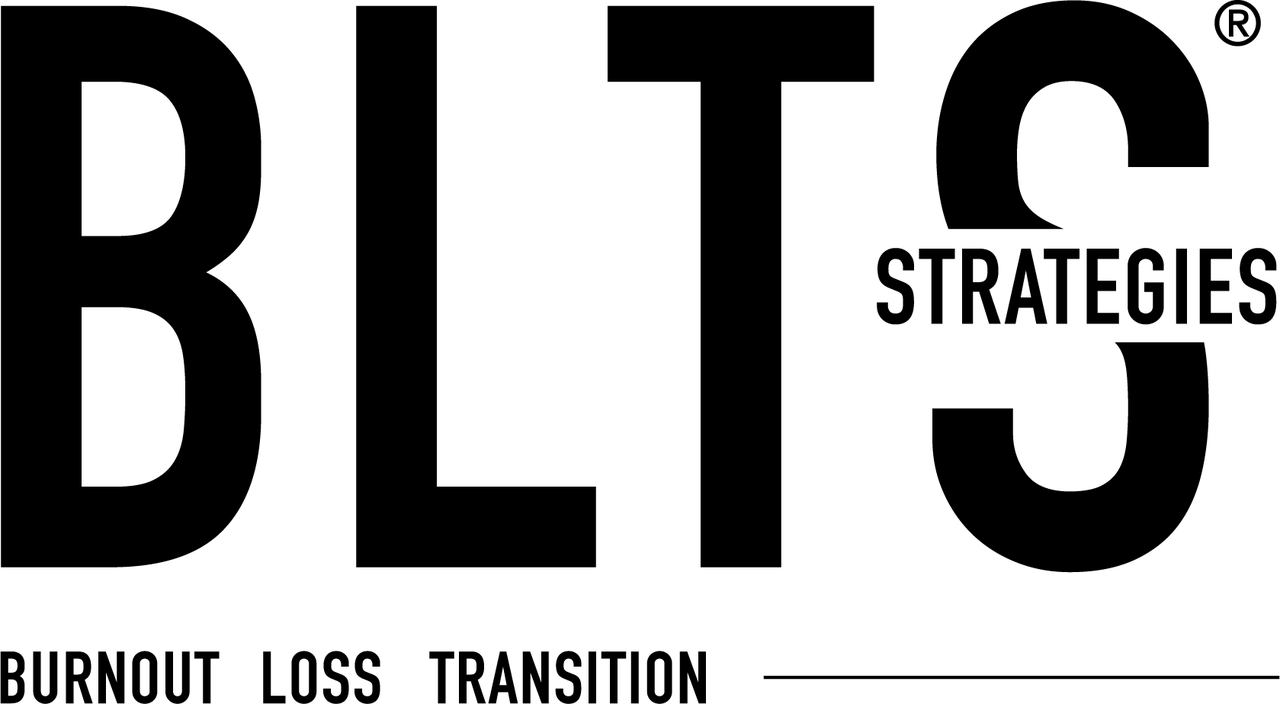